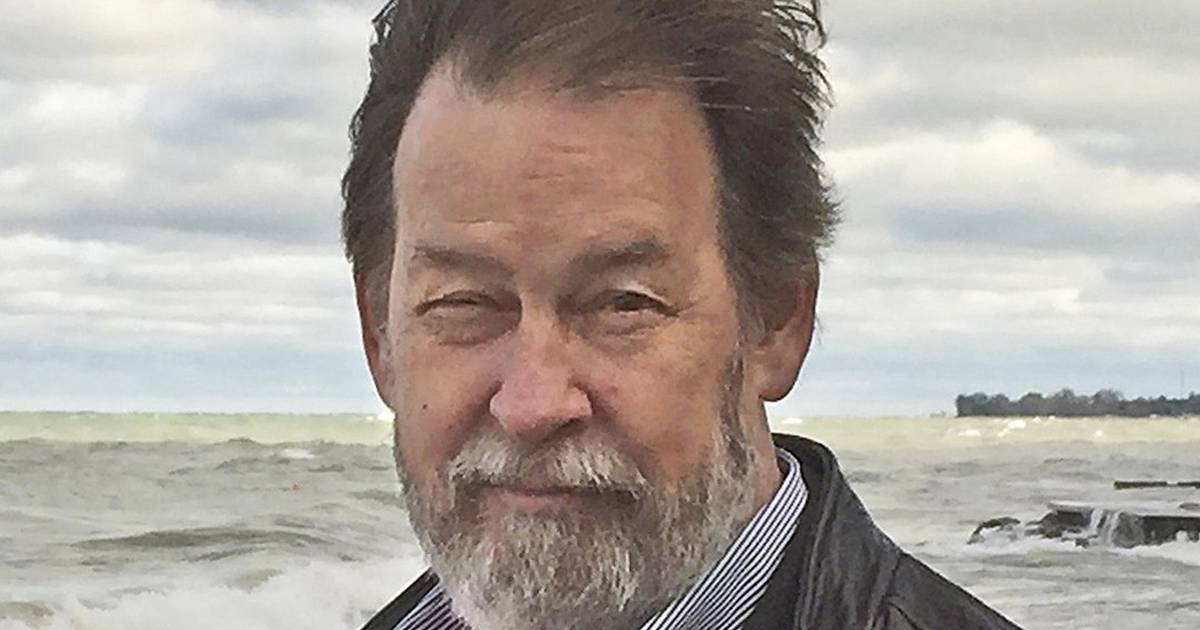 Robert H. Gray, 73, died of complications from lung cancer on December 6, 2021, at Northwestern Memorial Hospital in Chicago. He had lived in Logan Square since 1981.

Robert H. Gray was an amateur astronomer and scientist who spent decades studying an unexplained pulse of radiation emitted from the Sagittarius constellation that was detected by an Ohio State University radio telescope for 72 seconds in 1977.

Known as the “Wow! Signal” for the words scrawled by a scientist on a computer printout showing the signal’s intensity, the occurrence had no natural explanation, leading many to speculate that it was an alien radio transmission.

Over the ensuing decades, Gray worked to persuade those operating some of the world’s major radio telescopes to allow him observation time on those telescopes to try to rule out other possible explanations.

Eventually, Gray published a book on the subject as well as numerous papers in both popular media and scientific journals.

“Bob had no formal training in astronomy. His degrees were not in the sciences, and he was highly self-trained and highly motivated to pursue an unanswered question,” said H. Paul Shuch, the executive director emeritus of the SETI League, a nonprofit educational and scientific organization. “He turned up dry, but in the process, he ruled out all these other alternative hypotheses, leaving us with a great mystery, which we’re still trying to figure out.”

Born Robert Hansen Gray in Fort Sill, Oklahoma, Gray was the son of an army officer and moved frequently through childhood. He received a bachelor’s degree in liberal arts from Shimer College in 1970 and served in the Army from 1971 until 1973.

Gray returned to Illinois to study geodesic domes and minimal surfaces at Southern Illinois University in 1973 and 1974 before moving to the Chicago area to get a master’s degree in urban planning and policy in 1980 from the University of Illinois Chicago (UIC).

Gray worked as a systems analyst and programmer for the Regional Transit Authority (RTA) in the late 1970s, implementing software for designing suburban bus routes and putting in place a project management system for the agency’s capital projects.

From 1981 until 1999, Gray was an independent consultant specializing in data analysis. He analyzed mortgage lending patterns for signs of bias and built statistical models for clients including the state’s attorney general’s office, the RTA and UIC’s Center for Urban Economic Development, among others.

Gray later was a director at the Chicago Partners economics consulting firm, performing analysis and programming for large and complex litigation consulting projects, and an associate director at Navigant Economics, where he calculated damages in securities litigation using stock market trading models.

Several years after the “Wow! Signal” was detected, Gray, then a UIC graduate student, read about it and was intrigued. He enlisted a friend and fellow student to help build a radio telescope and worked over the ensuing two decades to rule out various explanations.

Ever persistent despite his status as an amateur radio astronomer, Gray persuaded officials overseeing the radio telescope at the Oak Ridge Observatory in Harvard, Massachusetts, to allow him observation time to search for the emission. He had no success. In the mid-1990s, he gained permission to use an array of radio telescopes in New Mexico to search, but again came up empty.

“For an amateur to go to that level of research and use those kinds of facilities, and bluff his way into these facilities through sheer tenacity, that’s the thing I found amazing about Bob Gray,” Shuch said.

Astronomer Jill Tarter, who co-founded the nonprofit SETI Institute, which aims to explain the origin of life in the universe, called Gray “larger than life” and said he was “so enthusiastic about trying to find a way that he could help with our search.”

“Bob was a constant. He really was intrigued and wanting to help, and he did — he actually followed through and was very forceful,” she said. “Bob was the real thing. He had skills, and he put them to use for our (organization’s) benefit.”

In 2011, Gray published a 266-page book, “The Elusive Wow: Searching for Extraterrestrial Intelligence,” which covered not only the “Wow! Signal” but also other aspects of the search for intelligent life away from Earth.

“He wrote one of the best scholarly works for nonscientists,” Shuch said. “It was written in a very comprehensible way for people with no technical knowledge but who had interest and curiosity. And he avoided sensationalism.”

Gray also wrote for popular magazines like Sky & Telescope and in scholarly publications like Astrophysical Journal and Icarus.

“Bob got to the point after devoting half his lifetime to this quest, to saying, ‘We just don’t know,’ which is a profound statement,” Shuch said.

Gray also was active in his community and, in particular, through revitalizing Palmer Square Park. He planted trees in the park and worked to obtain $250,000 in grants for improvements to the park.

In addition to his wife Sharon Hoogstraten, Gray is survived by two sons, Alex and Dillon; a sister, Barbara; and one grandson.

Adapted and reproduced with permission from The Chicago Tribune.