Melosh’s research famously focused on the physics of impact cratering and planetary tectonics. He was a key participant in NASA’s Deep Impact mission to Comet Tempel 1 in 2005. 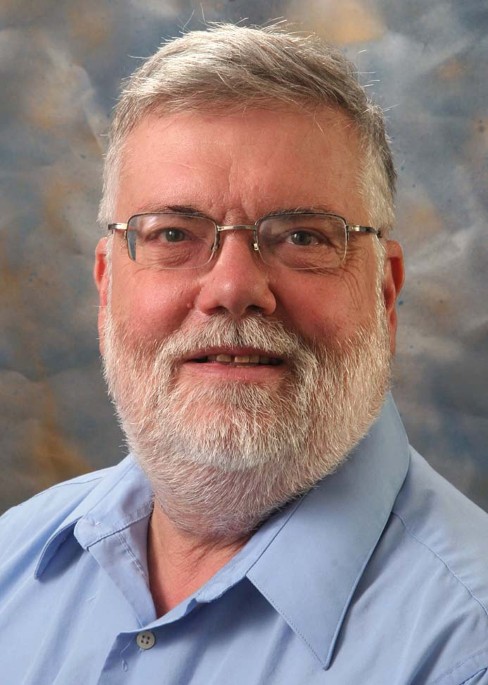 H. J. Melosh
by McKinnon, William B. and Asphaug, Erik

One of the giants of planetary science, Henry J. (“Jay”) Melosh, died unexpectedly on Friday September 11, 2020, at age 73. Through his students, postdocs and collaborators, he brought a high level of physical rigor to the growing field of planetary geology.

Jay Melosh was in many ways a maverick. Born Henry J. Melosh IV in New Jersey, Jay would have none of it, and was always simply “Jay” to everyone. He did follow family tradition in being a “Princeton man,” but majored in physics (graduating in 1969), which led to a Ph.D. under Murray Gell-Mann at Caltech only three years later. His 1974 thesis publication on the relation between current and constituent quarks [1] is still cited in terms of the “Melosh transformation.” But his next publication, in 1975, concerned mass concentrations (mascons) and the orientation of the Moon [2], for Jay’s true passion turned out to be geology, and planetary geology in particular. He was immersed in the planetary science discipline that was emerging at Caltech and returned there after postdoctoral stints at the European Centre for Particle Physics (CERN) and the University of Chicago, rising to the rank of associate professor. After three years on the faculty at the State University of New York at Stony Brook, in 1982 Jay settled in for a long and productive middle career at the University of Arizona where he held joint appointments in the Planetary Sciences and Geosciences departments, becoming an Arizona Regents Professor in 2004.

Jay’s research famously focused on the mechanics of impact cratering. While geological and experimental aspects of cratering were coming into focus in the 1960s and 1970s, the physical and theoretical aspects were much less well understood. Jay’s physics training and love of explosions large and small would change all that. An extensive series of publications, and a deep dive through decades of literature on crater geology and explosion physics, would result in the singular monograph Impact Cratering: A Geologic Process in 1989 [3]. Covering the entirety of the impact process, from the initial shock waves at contact to the final settling of the ejecta and material motions of the greatest of impact structures, this book remains a standard planetary science reference. In later years Jay devoted much time and attention to helping to bring numerical shock physics codes out of the shadows of their defense heritage and into the daylight of open research, specifically focusing on equations of state and implementation of proper strength models for geological materials. As his career progressed, he recognized the need to educate new scientists in all aspects of this growing field of planetary science.

For field geologists, the rigorous physics of Impact Cratering can be daunting. But geological applications were never far from Jay’s mind. Jay led annual field trips at the University of Arizona throughout his career there, many of which became legendary, reflecting his belief that planetary students in particular had to have a firm grounding in what rocks and surfaces were actually like if their interpretations of imaging and other remote sensing data were to have any relation to reality. These trips and courses eventually led to a meaty second book [4] in 2011, Planetary Surface Processes.

Jay also made major contributions to the understanding of planetary tectonics, both through theoretical modelling and through the development of numerical codes. Other energetic geologic phenomena such as earthquakes and large runout landslides received substantial attention as well. In 1979 he linked cratering, tectonics (earthquakes), and landslides through a proposed physical mechanism he termed “acoustic fluidization,” in which sonic and infrasonic vibrations greatly reduce the frictional strength of granular debris, rubble and fault gouge, allowing substantial mechanical failure and motion where little should occur [5]. Still controversial to a degree, and notoriously difficult to measure and study (for example, no instrumented natural large-scale impacts have been observed on Earth, which is a good thing, of course), this hypothesis has substantially influenced our understanding of impact mechanics at the largest scales.

Another major contribution was his theory of shock wave spallation as an explanation for the ejection of meteorites from the surfaces of the Moon and Mars [6], a work that was all the more remarkable because Jay was initially quite skeptical (and vocally so) about the ability of shocks to launch rocks to Martian escape velocity (5 km s–1) without their being pulverized or melted. Being a free thinker, Jay was also a re-thinker. He was a colorful presence at meetings such as the annual Lunar and Planetary Science Conference. This meeting is a rite of passage for many in planetary science, and was for the both of us under Jay’s mentorship. Jay could be a terror at the microphone for those who did not know him. He had strong scientific opinions and was not afraid to express them. When Jay spoke at a meeting, you listened. But he was also deeply insightful, passionate about teaching, full of and generous with his ideas, and beloved by his students. Both of us consider ourselves fortunate to have been among his Ph.D. students.

By the 1980s asteroids were recognized as causes of extinction, and Jay spent time in the public eye. He was delighted by the various ways in which a large asteroid could have wiped out the dinosaurs, and it was common to have a film crew crowded into his office. One famous calculation, which he wanted to publish under the title Broiled Alive! (the editors demurred), showed that impact ejecta from the event would have heated up Earth’s atmosphere to a broiling irradiance during their re-entry, killing exposed animals and triggering global wildfires [7]. He could be quite the showman. During one public talk, suitably attired in tails and slacks, he started up a toaster oven and inserted a couple of plastic dinosaurs during his introduction. As his lecture progressed, a few ten-year-olds left their seats to monitor the dinosaurs’ dreadful fate. Jay captivated the ten year old in all of us.

Few topics related to cratering went unexamined by Jay and his students and collaborators. These ranged from the extinction of the dinosaurs to forming the Earth’s Moon in a Mars-sized impact [8], and from the formation of magma oceans and metallic cores in accreting planets [9] to defending the Earth from menacing asteroids [10]. Later in his career Jay became involved in NASA spacecraft missions. He was at the intellectual heart of the Deep Impact mission, which used a 370 kg copper-cored impactor to collide with the nucleus of comet Tempel 1 in 2005, at over 10 km s–1! The result was informative of the comet’s composition and porosity, and insightful regarding impact mechanics in low-gravity, porous targets [11]. As part of the later Gravity Recovery and Interior Laboratory (GRAIL) mission to the Moon, Jay’s research interests came full circle. The low-flying, tandem GRAIL spacecraft provided exquisite gravity measurements that, when combined with sophisticated numerical computations, allowed Jay and colleagues to finally solve the riddle of the Moon’s mascons [12].

In 2009, at an age when many might eye retirement, Jay moved to Purdue University to pursue a new challenge: building a planetary sciences department from scratch. With administrative backing, the renamed Earth, Atmospheric, and Planetary Sciences department added several young faculty members under Jay’s guidance and has become one of the nation’s top departments for planetary research. This legacy may prove longer lasting than any single published research result.

Jay was honored multiple times by his colleagues. He received the Barringer Medal of the Meteoritical Society (1999), the G. K. Gilbert Award of the Planetary Sciences Division of the Geological Society of America (2001), the Hess Medal of the American Geophysical Union (2008), and was elected to the U.S. National Academy of Sciences (2003), among other accolades.

Jay is survived by his wife, Ellen, his sons Nicolas and Gregory and their children and grandchildren, his sister Fran, and his many academic children and grandchildren. Jay left the planet too soon. At 73 he was planning an active retirement on the east coast, with many years of productive work ahead. Planetary geophysics has lost one of its mainstays and will not advance as rapidly, nor as rigorously, as it might otherwise.

His untimely passing reminds us that the number of grains of sand in the hourglass is indeed finite. He will be deeply missed.

Adapted and reproduced with permission of the authors from Nature Astronomy [13].